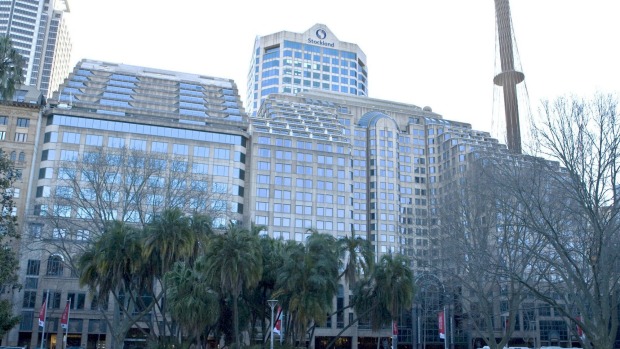 Sheraton on the Park hotel was bought by Chinese investors. Photo: Jim Rice

The softening of the Chinese market conditions, and government policy encouraging overseas investment by Chinese firms, has led to more than $US7.8 billion of global transaction in the first four months of 2015 (excluding residential dwellings), with Australia a major recipient, according to Knight Frank research.

On the latest report, Chinese Outward Real Estate Investment Globally and Into Australia, the total value of Chinese outward investment rose from $US600 million in 2009 to $US16.9 billion in 2014, 10 per cent higher than 2013 and a 205 per cent increase from 2012.

The share is focused on commercial property where four of the top 10 Chinese insurance companies have made offshore investments so far, although the remaining six are considering overseas expansion. Sunshine Insurance Group is the only one to invest in Australia, purchasing the Sheraton on the Park Hotel in Sydney for a record $463 million, through JLL.

Knight Frank's Dominic Ong, senior director of Asian Markets, Capital Markets, said it is expected that 2015 will be another record year for Chinese outward investment, both internationally and into Australia, with the expectation of more than US$20 billion worth of investments transacting globally. "So far the majority of the Chinese outward investment has been focused in gateway cities of Australia, the US and the UK," Mr Ong said.

"What first started as sovereign funds making exploratory investments has proliferated into buying sprees by Chinese developers, banks, Ultra High Net Worth Individuals (UHNWIs) and institutional investors, such as insurance companies. By 2020, authorities estimate that the Chinese insurance industry will accumulate a further RMB20 trillion worth of premiums, tripling the current pool size."

Reply paper writing website
15:50 on 14 February, 2021
Hi there are using Wordpress for your blog platform?

I'm new to the blog world but I'm trying to get started and create my
own. Do you require any html coding expertise to make your
own blog? Anny help would be really appreciated!